based on 59 reviews    (View rating breakdown) 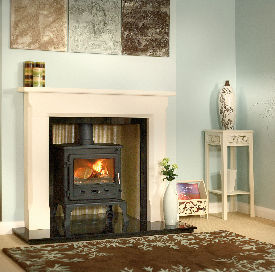 The Firefox 8 is an 8.9kW cast iron stove which can burn wood or coal.

Add your review of this stove

The Firefox 5 classic is a variation of the design of the normal Firefox 5 model. The Classic 5 has a single glass door...

Read more about this stove