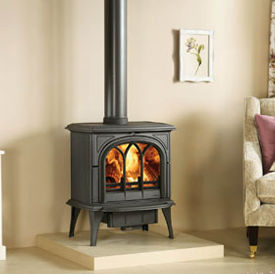 Would not buy another one

Have had one of these for 5 years and now having to renew some internal bricks for the second time they are not cheap! So running costs are high, I know your going to say I'm running it too hot but have a flue thermometer close to the stove and never run it too hot. I do however run it 24hrs a day over the winter and would expect them to last longer. The other gripe was that the log retainer is not that sturdy, even the fitting engineer agreed and got me another which had the same problem it also distorted a bit after time we ended up wedging it in backwards which for such an expensive stove is not satisfactory. Apart from these two problems it seems a very good woodburner, am now looking for a second woodburner but will not buy one of these again. I wish I'd found this site earlier, looking at the smaller Aga ludlow, no internal bricks not sure how much of a disadvantage that is?

Stove expert replied: Two sets of bricks in 5 years is not excessive when used as described. They are a consumable item! The bricks are there to protect the metal of the stove and most stoves do have them in.