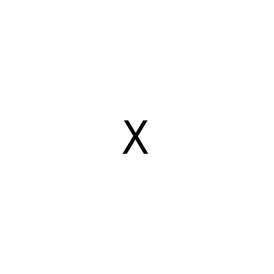 This stove is awesome.

I think that the people that argue that it doesn''t light on this page either haven''t followed the instructions, have insufficient draw from their flue or have botched the self-install. In short, nothing to do with the stove. We''ve installed this in a victorian fireplace with a 8.5m flue. We had it professionally installed. We have a good draw and it lights easily, and has a large viewing window. The height on the window is well placed so that when we''re curled up on the sofa, the fire is at head height which is perfect. The door latch was initially stiff, though our fitter followed instructions in the manual and it''s now very fluid. We think the glass door looks great. I believe the comments here that say it can be broken and is expensive to replace. These are probably true. So the answer there is to not throw wood at the door. As far as we can tell, the door is not at all fragile and we''ve had no problems. But it will not be as strong as a cast iron door found on an iron stove. So place logs, don''t throw them inside. If you want to beat up your stove, buy one made of cast iron. The flip side of a glass door is a modern look and a large viewing window. Like others have reported, the door swings closed of its own accord. This doesn''t affect operation in our view - I hold the door in one hand and place logs with the other. If you are unfortunate enough to have only one operational hand, a small piece of wood could be used to prop the door as others have reported. And having the door close automatically is probably a good thing if your attention is prone to wander while playing with the fire. The front of the stove radiates nicely - we feel the ''stove glow'', not as strongly as you would from a cast iron stove as you would expect from a convection based stove, but it still radiates a nice warm intensity and objects nearby, and the chimney are comfortably warmed. The heat from the convection travels quickly over the house so when we have the stove lit, we get a warm house, not just a warm room. So we are in favour of convection-based stoves. So I would recommend this to anyone. For our small terraced victorian townhouse, we are delighted with the look and operation of this stove, and we think it is well worth the price. For our area, we had on our shortlist pedestal based stoves such as the Contura 870s and the Aga Lawley. We did not have the vertical clearance for these when we got to the detail. Many stoves of this design and size we think look a bit like trash cans. The glass door combined with the shaping at the bottom of this stove prevent this for this model. So this influenced our decision. A newer model of this stove is now available where I understand the baseplate can be opened and used as a woodstore. The space below the stove is pretty small so we think in the scheme of things, the extra storage you get from that is minimal, enough maybe for one evening on a cold night. So given the choice between the newer model and the older one, we deliberately went with the older one. Plus the older one we think looks less like a trash-can. For a convection stove, this is stunning to look at (we think), gives a tremendous view of the fire from many places in the living room (this is objective!), contrasts nicely with the rustic look of an old fireplace (we think) and is generally something we''re very pleased that we bought. When reading stove reviews, for first time stove buyers, we reccomend distinguishing between factors about the stove, and factors that may have arisen from the installation.

Stove expert replied: Great comments that cover many aspects of a stove purchase and operation, very informative for other readers.