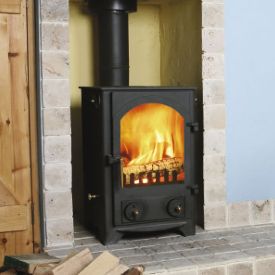 Review of The Ryedale stove

I bought one of these stoves in October 2015. It was installed by a registered fitter. Within one winter the handle for the riddle had detached itself. Winter 2016 saw one of the two spin wheels jam shut. Now in February 2017, the inside of the fire has completely detached itself and as such renders the stove unusable.

Stove expert replied: Disappointing comments. The spin wheels have you tried leaving a releasing agent to soak on the internal part to see if this frees its movement? Did it just stick or gradually become harder to turn? Do you mean the internal liners or the actual metal of the stove, if you refer to the liners then normally replacements can be purchased.